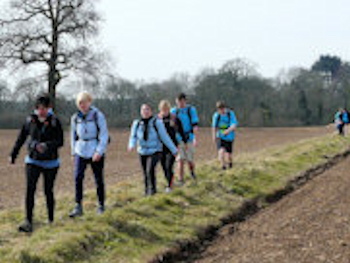 You’ll find the results of that challenge as well as all others since on our results pages.

Anyone completing the challenge automatically gains membership of our 40-Mile Club. There are no benefits bestowed by membership other than to be recognised as a 40-miler in our records. Take a look at our 40-mile table and see how many people have completed the challenge and picked up that all-important T-shirt and on how many occasions.

Experiences of some who completed the Challenge in the early years