Why would we indeed? I feel sure that is a question that Nick must have asked himself many times especially over the last couple of days when he really needed to dig down deep into his physical and mental reserves just to keep going. But although he was extremely tired over those final two days he never ever gave any signs that he might give up on his challenge. Some of our members had the privilege of walking some sections of the “Way” with him to keep him company and I am sure it helped to keep him focused and keep his spirits up when he was feeling low.

The whole aim of his efforts was to raise money for “Help for Heroes”. There was a very emotional welcome for him at the Queens Head at Meriden when he finished his final day with an applause that lasted several minutes. Fantastic !!

The Lady Mayoress, Mrs Brenda Kelsey was amongst those who greeted him and then later inside the Queens Head she presented him with a cheque from our association to add to the rest of the monies promised to him.

Afterwards he declared that he would be at our working party at Kenilworth Golf course the following Wednesday. “I will have the luxury of driving there instead of having to walk it” he said.

Nick was hoping to break £1000 in his fundraising efforts, and was well past half way to this target with donations still coming in. 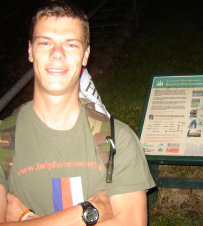 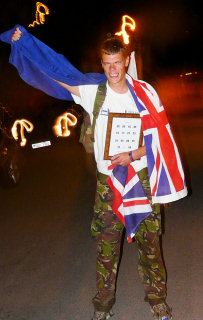 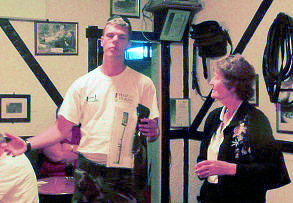