On 9 April a fourth Working Party and then on 13 April a fifth WP progressed the project to replace all stiles on the “After Tea” walk from Stoneleigh.
At the start of 2006 the walk included a possible 12 stiles when all the field gates are locked shut (a minimum of 9 at any time). After these first three Working Parties there are nine fewer stiles. 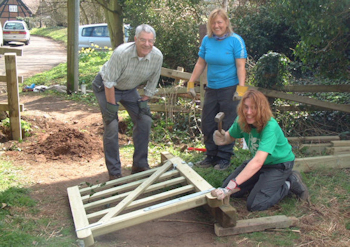 We have installed kissing gates to replace “stile 8” and “stile 9” (on 9 April) and “stile 3” and “stile 5” (on 13 April). Unfortunately while fitting the self closing spring to gate 8 (at the end of Vicarage Road), the spring failed to shut the gate from all positions, and when we tried tensioning it more (too much for the spring!) the pegs came out, flew away and could not be found. Then to cap it all, it started raining! We therefore left it as it was. We returned on 14 April with grease for the hinge and new pins – it is now working well. Retro-fit of some springs (and a few other finishing touches) was carried out on Tuesday 18 April. “After” photos of these four gates taken on this visit, and “Before and After” photo document updated. Retro-fit of other springs awaits more being delivered. 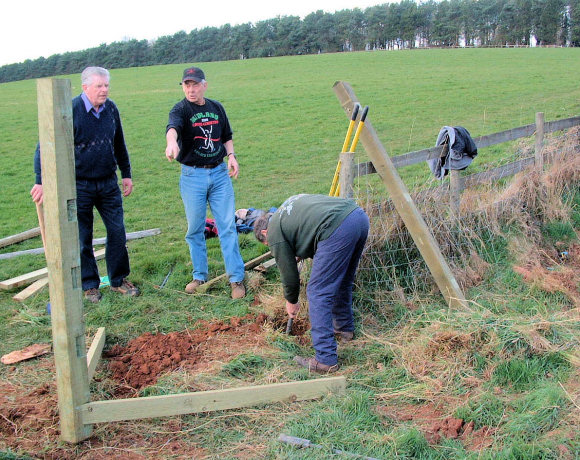 View the latest “Before & After” photos and map covering the whole project.