We replaced two more stiles by kissing gates just west of where the M69 crosses the Oxford Canal at Ansty, on 23-Aug-2006 replaced the stile to the east of the M69. 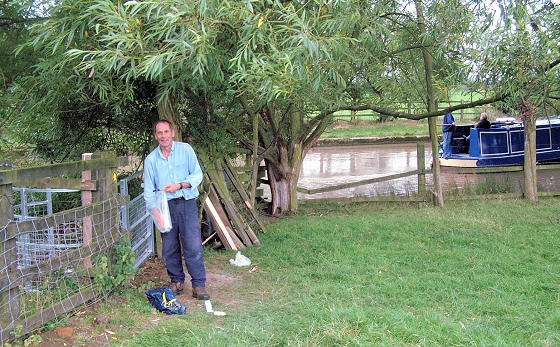 The new kissing gate by the Oxford Canal, west of M69

Update: on 5 September we re-installed the new kissing gate replacing the high narrow stile one field north of canal, placing it at a different orientation at the request of the farmer (new photo below).

We have installed kissing gates to replace the three stiles where the M69 crosses the Oxford Canal at Ansty.

One of these stiles was high and narrow, and often further restricted by the hedge growth. This was one of our priority stiles on the 40-mile route to replace. However the outline of the stile has been retained to form the fence separating the new kissing gate from the M69 fence (see photo right). 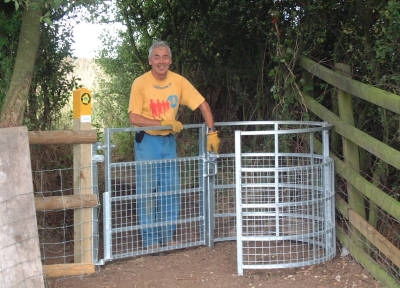 The other two stiles replaced this month were also high, and their condition was becoming poor. See photos of the new kissing gates at top, and below.

A lot of additional work has been done this month strimming the 40-mile route in preparation for Challenge 2006 (see picture below where the strimming team is approaching the kissing gate team as both tasks near completion). We have also made &/or encouraged a number of “temporary” improvements to virtually all of the other priority difficulties on the 40-mile route. We hope all these will be appreciated by this years Challenge participants. 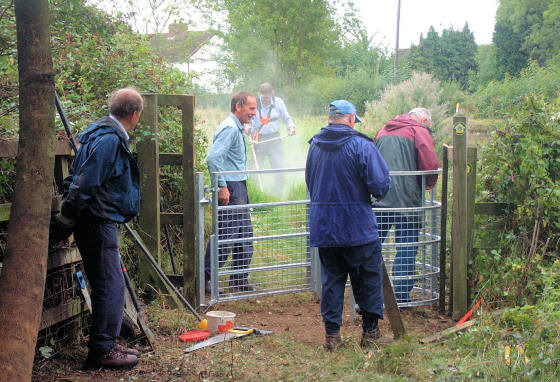 The new kissing gate by the Oxford Canal, east of M69, with the strimming party approaching from Ansty 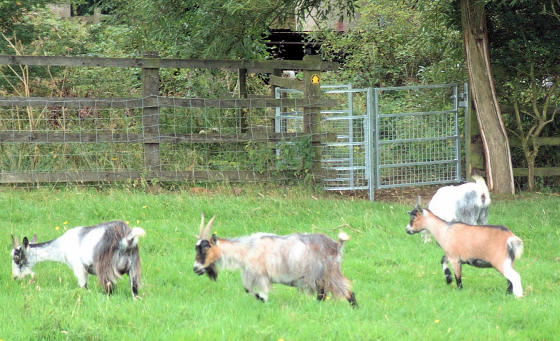 The new kissing gate by the Oxford Canal, west of M69, with the inhabitants of the field
We use cookies to help you get the best from our website. If you continue we'll assume that you are happy to receive our website cookies. Find out more.