We replaced the last two stiles on Walk 21A with kissing gates. This means this Broad Ridge walk is now stile-free. 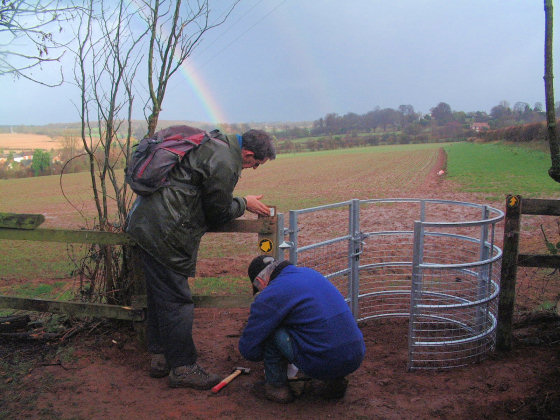 Finishing touches to the second kissing gate, with Rainbow and Meriden Church in the background

The stiles replaced were the two each side of the paddock ca.150m east of Berkeswell Road, Meriden. These were very significant to us because not only were they the last two remaining on Walk 21A, they were the two most in need of replacing.

The seat is just beyond the second kissing gate – visit it, and sit down to enjoy the magnificent view. 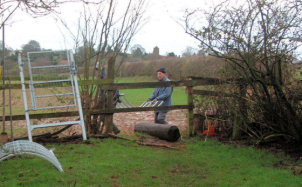 The second stile, with the team arriving
with the kissing gate 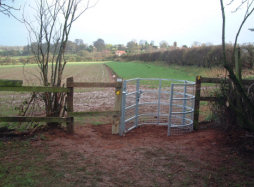 The kissing gate which replaced
the second stile 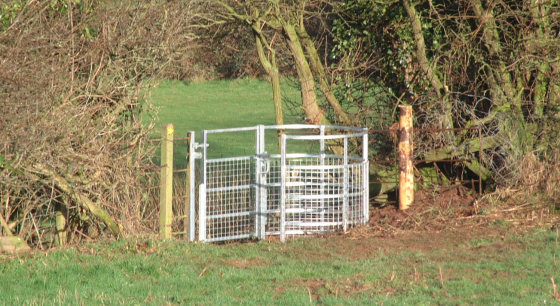 The kissing gate which replaced the first stile 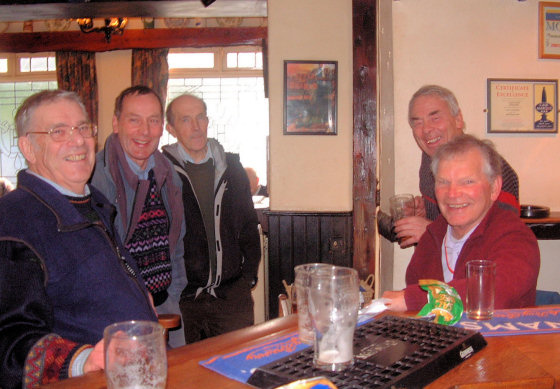 Celebrating achieving stile-free walk 21A, at the Queens Head, Meriden
We use cookies to help you get the best from our website. If you continue we'll assume that you are happy to receive our website cookies. Find out more.