A joint Working Party of KFPG & ACWA & WCC installed two new kissing gates to create a Permissive Path near the B4115 to the west of Stoneleigh. This avoids walking on the B4455 south of Bretford, when doing the 40-mile route or Circular Walk 10. Then on 28 March ACWA & WCC installed a new pedestrian gate to create another Permissive Path near the B4455 south of Bretford. 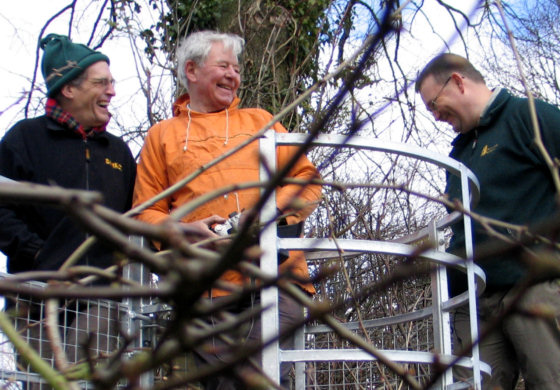 The kissing gate leaving the B4115 to the west of Stoneleigh
photo by Chris Edgerton, KFPG

The two tasks for March are part of the WCC CAROWIP, which promises to “Identify key sites for creation of new rights of way to connect existing paths …” These are the first two of 6 target sites on the A Coventry Way 40-mile route.

The 21st March task was also the first such project under the WCC ROWIP plans, and we had a visit of a reporter and photographer from the Coventry Telegraph – we were in the paper on 27 March – see scanned copy of the photo and article. 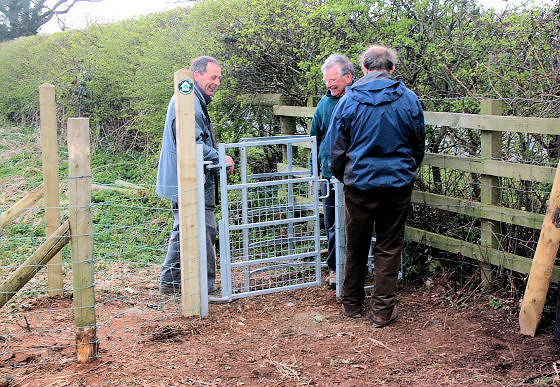 New kissing gate “behind the hedge” of the B4115 to the west of Stoneleigh
photo by Peter Page, ACWA

The 28th March task created a permissive path to the East of the B4455 Fosse Way as it approached the A428 road from Bretford to Rugby. At the southern end the new path is reached via an existing kissing gate, but then turns left to follow the edge of the field to the new pedestrian gate (photo below). The farmer has agreed to create a 2 metre grass strip by the hedge when the current crop has been harvested and the field is next cultivated. 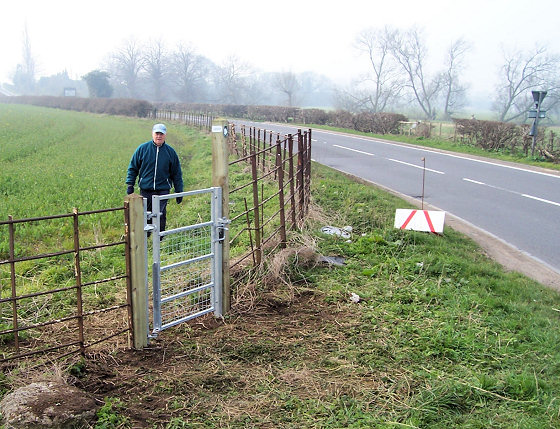 New pedestrian gate for the “behind the hedge” of the B4455 Permissive Path to the south of Bretford
photo by John Green, ACWA