We built a new “kit” bridge where the bridleway R134 exits to the A428 road (GR 436 765) just south of Bretford. This new bridge replaces a kissing gate 200 metres further west, and thus extends the “behind-the-hedge” we created in March 2007. We also took out the kissing gate and replaced it with a fence. 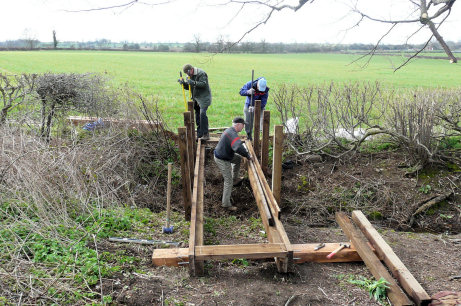 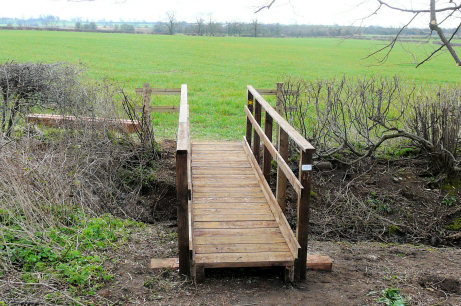 This task was agreed with the farmer at the time he agreed to the permissive path installed on 28M March 2007 (see WP News 13 for details). It is appropriate that we fulfilled the promise within a year of doing the task we wanted.

This is the first time we have build a “kit” bridge, and were helped (and taught) by Richard Barnard (WCC). We finished soon after 1:00 pm, and retired to the Queen’s Head, Bretford to discuss the successes so far this year further and evolve plans for the rest of 2008 and beyond. 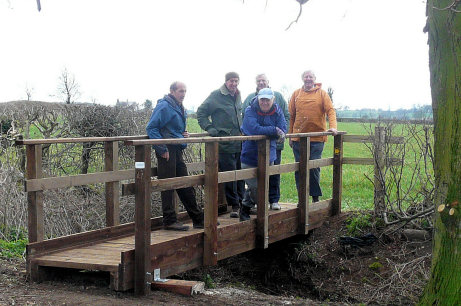 The completed kit-bridge under test by some of the team

Earlier this month we repaired the stile on walk 14 where the path from Bulkington joins the farm track beside M69 (GR 399 851), which has been broken since 2004 – one other high priority action cleared.