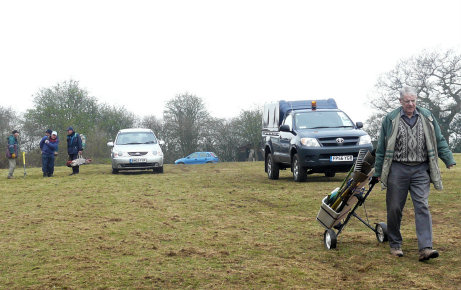 Setting off from the “horses field” for the long trek north 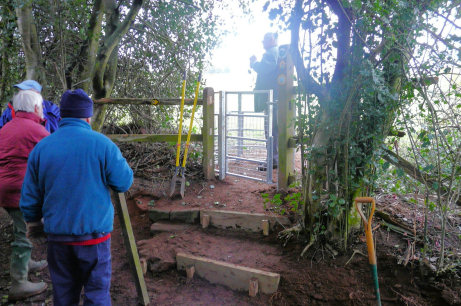 The new kissing gate and steps, across the bridle way to the north of Meriden Shafts

The day was fine, but the previous day it had poured all afternoon leading to very wet conditions. The nearest even the SMBC Ranger was willing to drive was just into the top of the “horses field”. From there we had to carry gate kits and tools through the mud up to the sites. One new feature that helped was our newly constructed “Tool Trolley” – a converted golf trolley, inspired by a similar one recently made by KFPG. 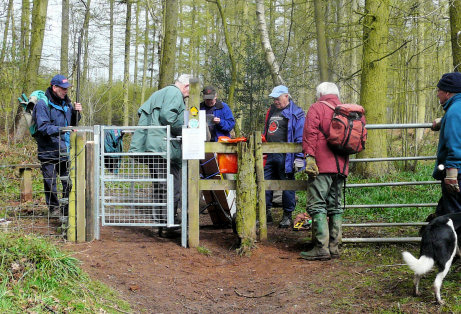 On 30 April an extra small work party replaced the stile at the exit from Meriden Shafts onto the bridle way with a third new kissing gate. The forecast was for rain, but fortunately the task was completed before the heavy rain arrived, and hot drinks were served and enjoyed while admiring a good mornings work. 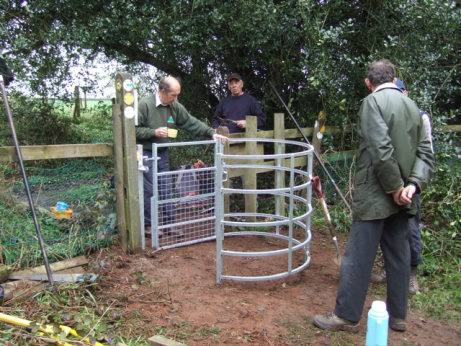 The third new kissing gate at northern end of Meriden Shafts
We use cookies to help you get the best from our website. If you continue we'll assume that you are happy to receive our website cookies. Find out more.