We installed two kissing gates on the Kenilworth Golf Course to A46 section of ACW, both near Kingswood Farm (GR 316 731). Later in the month we completed the waymark updates on ACW route from Stoneleigh to Stareton. 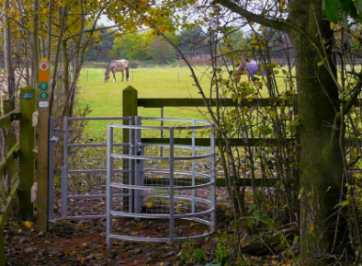 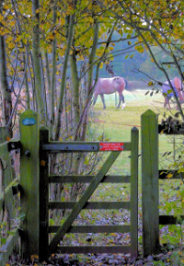 The kissing gate and the pedestrian gate it replaced 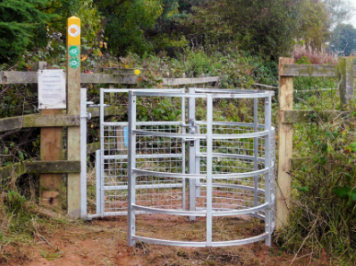 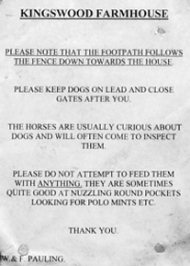 The second new kissing gate viewed from the North, and close-up of notice

The second new kissing gate (photo above) replaced a wobbly stile where the path reached the fence of the A46 and turns left. The new kissing gate and waymark post were located so that the waymark post clearly shows the 90 degree turn approached from either direction. We did however retain the landowner’s notice, which tried politely asking for users to follow the signs and treat the horses correctly. I’m sure most readers already did, but if you notice any who still can’t read all the signs please point them in the right direction.

Later in the month Bob C and Peter, on a number of individual visits, “completed” the waymark update on the stretch of ACW from Stoneleigh to Stareton. The only outstanding task is on the waymark post just after crossing the River Avon, which has gone missing – probably connected to the felling of a very large oak tree, where the clearing up activities are still in progress. 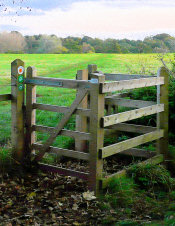 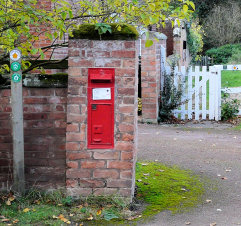 Upgraded waymarks on the stretch of ACW from Stoneleigh to Stareton