We installed another new kissing gate (plus a few extras) on the Kenilworth Golf Course to A46 section of ACW. 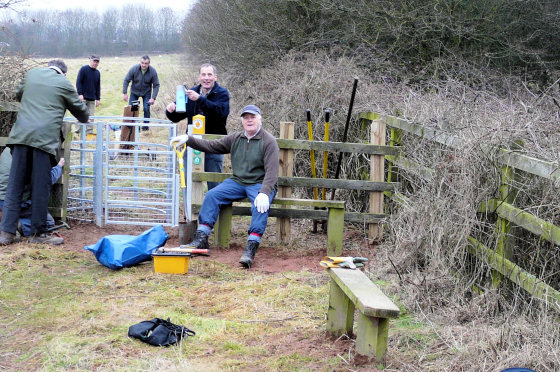 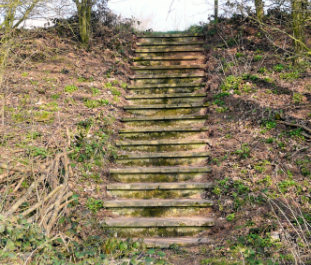 The steps, a month after being cleaned

We continued work started in October 2008 on the Kenilworth Golf Course to A46 section of ACW by installing one more new kissing gate.

The kissing gate replaced the stile in the middle of the stretch of path running parallel to the A46. This will be welcomed by all, having been a high and wobbly stile for as long as most of us can remember, and recently being reported as about to collapse. We also re-built the fence, installed two seats and cleared all the sticks and leaves from the steps up to the roundabout.

We had planned to also replace the stile at the bottom of the steps. However on arrival, we found a team of surveyors measuring up, making test drillings and carrying out ecological surveys, etc. in preparation for a major enhancement project to the junction. The stile will probably vanish and the path be realigned, so we left the stile as it is – it is in reasonable condition, and will last until a firm plan is announced.

It spite of that setback, it was another satisfying day, and with a team of 11 available we were finished by 12:30pm.