We installed two new kissing gates on or near to Tantara Lodge to Bubbenhall paths. 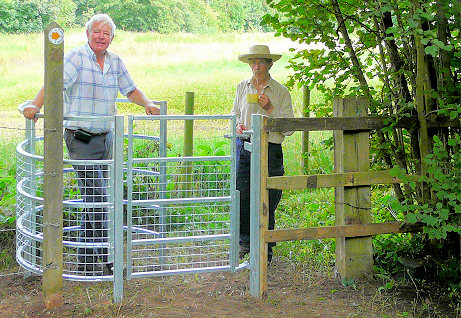 The first new is kissing gate is located at GR 345 723 near Cloud Bridge (GR 344 724). This replaces another little-used stile, again in poor condition and with a broken fence. 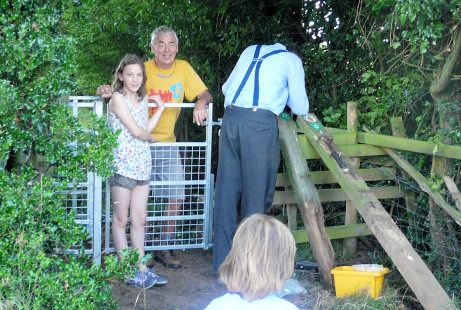 The second kissing gate is on ACW at GR 350 718, replacing the next stile after the stile replaced on 15 July on the route towards Bubbenhall.

We also replaced the waymark post where ACW turns left and is joined by Circular Walk 7 Route A, and is in the field beyond this second kissing gate.

A hard day’s work, not finished in time to get to the Malt Shovel before last orders for cooked lunches (had to move on to Baginton Oak). By then the sun was fully out temperature about 24°C. The good feature was that both kissing gates were well shaded by overhanging trees keeping the workers reasonably cool.