We installed two new kissing gates in Brinklow, one on Circular Walk 12 and the second on Path R42 at eastern end of Butchers Close. 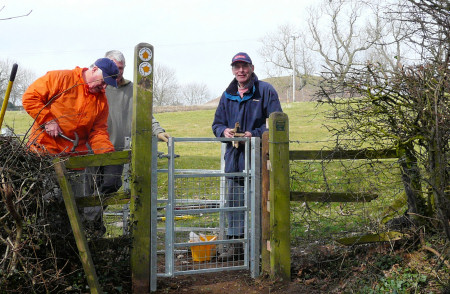 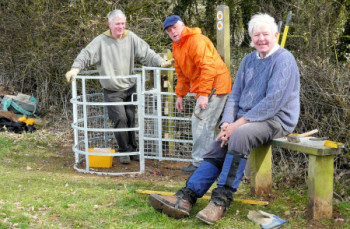 The new kissing gate by Ell Lane/Rugby Road junction replaced the substantial stile with three steps up from the solid sleeper bridge, both installed by City of Birmingham Ramblers some years ago. We expected we would need to construct steps between the sleeper bridge and the kissing gate, but were able instead to build a gentle slope which works well. We also installed a seat using one of the stile steps which still recognises the efforts of Birmingham Ramblers. 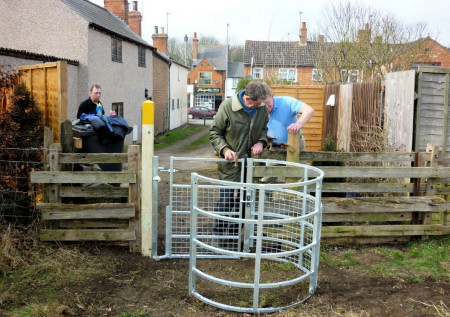 The new kissing gate at the end of Butchers Close

The new kissing gate at the end of Butchers Close replaces a rough stile over a substantial fence with posts which were becoming wobbly. New posts were added near each end of the kissing gate making the fence firm and stable, and the new WMP finished off the installation well.

A record attendance of 11, plus fine weather meant both tasks were finished by 12:45, and we again went to The Raven for lunch.