We installed a new kissing gate and a new sleeper bridge on the ACW path between Eaves Green & Meriden Shafts. 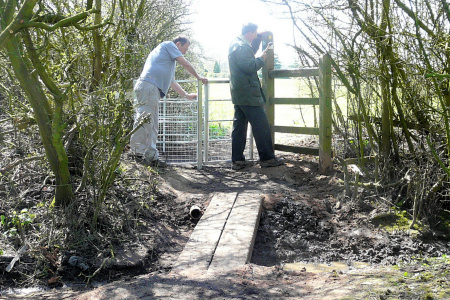 View from the north of finished installation

We installed a metal kissing gate to replace a stile and a new sleeper bridge to replace a muddy ditch with rough stepping stones on the ACW path between Eaves Green & Meriden Shafts (GR 263 828). 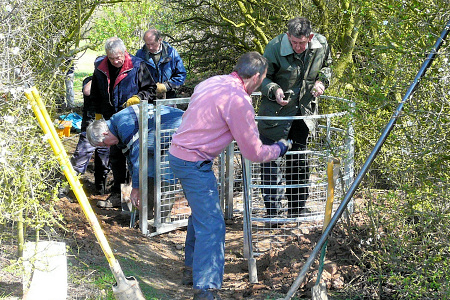 We also fitted a new waymark post by the north side of the hedge, a seat made from the stile step by the edge of the horse field and surfaced the path with sand and gravel. Altogether this is a great improvement.

A good attendance of 8, plus fine weather meant both tasks were finished by 13:10, and we again went to The Queen’s Head for lunch.