We installed a large metal pedestrian gate & another massive sleeper bridge at GR 275 814 on Circular Walk 1 east of Pickford Green. This was near the site where we did a similar task on 29 September 2010. 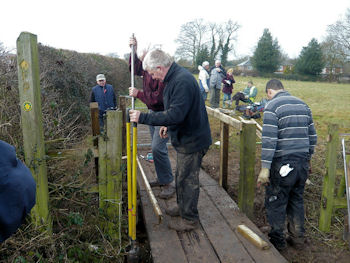 The sleeper bridge under construction, with support team in the background 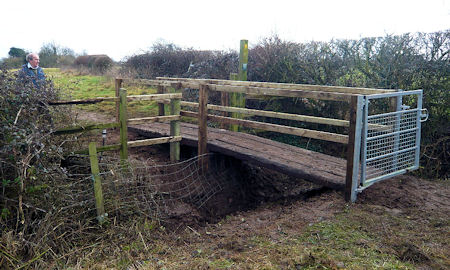 The only significant difference from the September 2010 task was the use of a pedestrian bridge instead of a kissing gate. To make up for that reduction in workload, we also added a task of a new waymark post near the September 2010 site, and improvements to the steps leaving Pickford Green Lane. 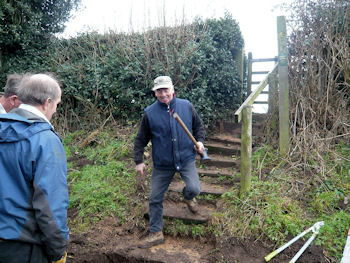 Probably a record turnout of workers, and certainly a record turnout if you include the NAAFI team, a potential new recruit as an observer and a few other supporters. We also had a record number come for lunch afterwords, this time at the Toll Bar pub.

A very successful morning and we again achieved a good result.