We installed a wooden bridle gate at the site on Truggist Lane and a metal kissing gate at a site in Spencers Lane. 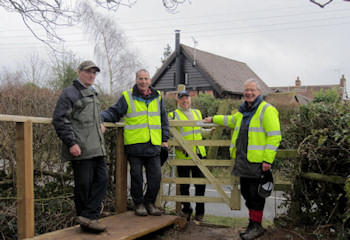 The completed bridle gate at the site on Truggist Lane

The first task was to install a wooden bridle gate at the site on Truggist Lane, on the same site where we installed a very long bridge on 20 April 2011. An awkward site to fit the gate, but ingenuity led to a satisfactory solution. A sub-group from this team also put a new waymark post at a nearby site up the path leading to walk. 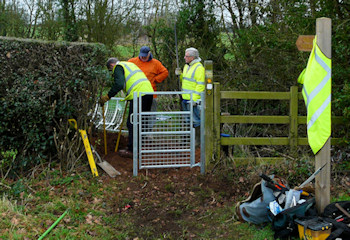 The kissing gate by Spencers Lane being installed

The second task was to install a metal kissing gate at a site in Spencers Lane where a path leads to the stile and boardwalk we installed on ACW on 2 September 2009. The gate fitted in easily with ground soft for digging the holes, but deciding the best position led to one hole being dug three times. A sub-group of two from this team walked up to the boardwalk where excessive growth of grass and hedgerow was trimmed back drastically, and a securing nail added to firmly fix the waymark post to the boardwalk support. Neither gate site was on an ACWA path, but both are on paths linking to our walks. 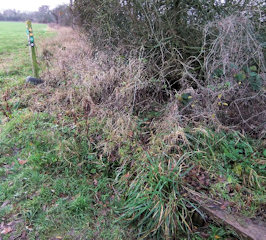 The boardwalk before clearing 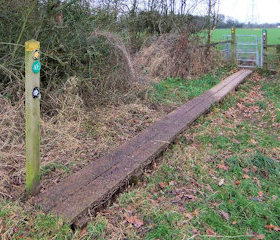 Another enjoyable and productive day. We finished all the work about 1pm and then had yet another good lunch in The Bear at Berkswell.