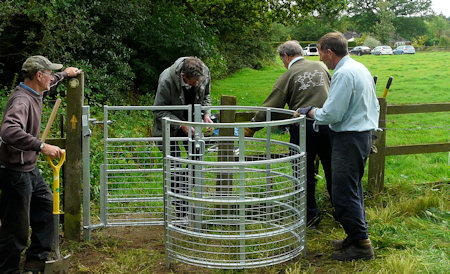 The new kissing gate at Site 1

This month’s tasks were to install two kissing gates and a new waymark post near College Lane off Oldwich Lane East (GR 225 742 ), about 2.7 miles SW of Balsall Common. This is not on an ACW walk, but was a priority task for SMBC we had agreed to undertake. 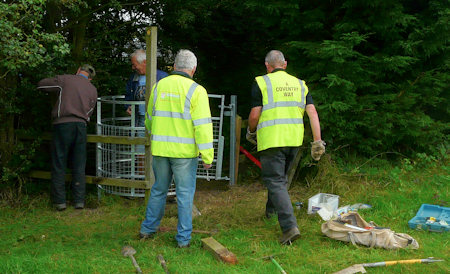 The new kissing gate at Site 2

Finding the site looked as though it might be tricky, but with good luck most of us arrived together at about 9:15, and could follow the SMBC van up to the sites and all park in the field near site 2, leading to a prompt start. Both kissing gates were straightforward, and the new waymark post was sited at a point between the two gates visible from both, and was set in a deep hole so that with luck the horses can’t move it.

The morning was sunny and warm, and the ground damp but with no mud or floods. Both tasks were completed in record time by about 11:40 so we went to The Tipperary in Meer End for a good lunch.