We installed a new Kit-Bridge on ACW Path R144 Ryton to Wolston, replacing the collapsed bridge. 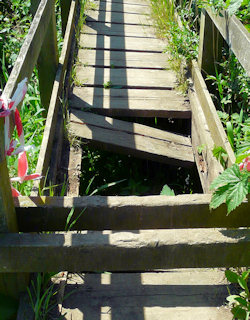 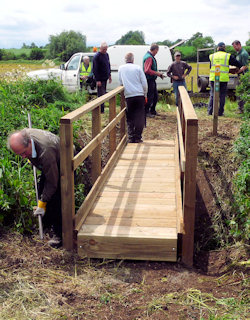 Thanks to the WCC Ranger removing the old bridge the day before and his help on the day plus a strong team all was completed well before 1:00pm. The result is a much improved bridge with easier access and two fewer “stiles”. 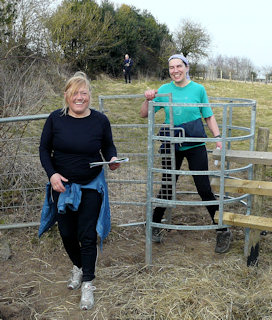 One of the kissing gates before being re-installed

A week later we had a second Work Party at the area of the former paddocks where ACW leaves Breach Oak Lane. Our tasks were to re-install 3 metal kissing gates, which involved digging them up, digging deeper holes and in one case using new hoops.

It sounded like being a quick set of tasks, but at all three the ground was very hard and full of bricks, rocks and stones – maybe that’s why they had been put in such shallow holes. It was also very sunny and the hottest day so far in 2013, so we had to pause a while or find some shade too cool off.

All tasks were however completed well before 1:00pm, and some of us went for an excellent lunch from the new landlord of The Weavers Arms.