We installed two kissing gates on Circular Walk 3 & 3A, between Hodgetts Lane and Duggins Lane. 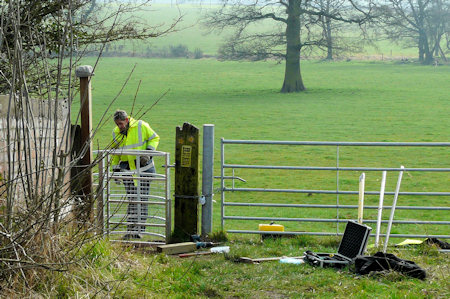 The first kissing gate was near Duggins Lane, just after Walk 3 crosses the railway bridge. The ground was hard digging with lots of stones and concrete to overcome, but the gate fitted the site very neatly with a gentle slope down from the railway bridge into to luscious parkland.

The second kissing gate, on Hodgetts Lane, was easier but there was plenty of stone and an electric fence wire passing under the site to negotiate. 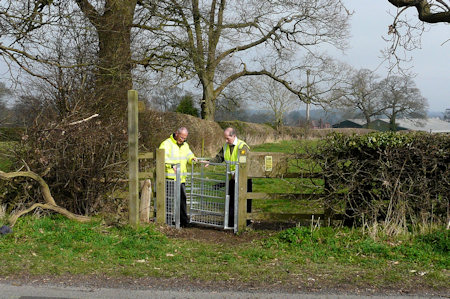 Second kissing gate, with the hedge on the left

An interesting planned feature of this site is a proposal that the field to right of the path could become a “solar park” with 4000 solar panels. The path would be returned to the more direct route close to the hedge on the left, constructed to provide a wide track with a new hedge to the right screening the view of the solar panels.

We used the step from the old stile to build a seat from where you can for now view the open grassland and ponder things maybe to come. 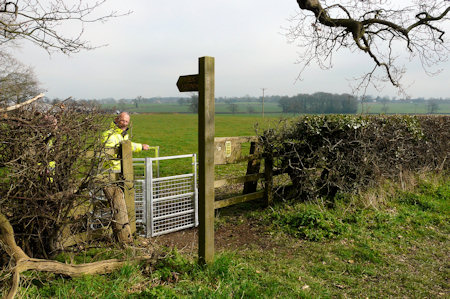 Second kissing gate, with the field destined to become a solar park

A fine working day, finished off by a good lunch at The Bell Inn, Station Avenue.