We installed two kissing gates at Temple Farm near Fen End. Not on any ACW walks, but a SMBC priority task. 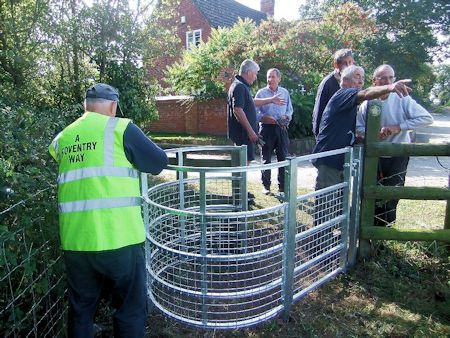 The paths here are not in our immediate area but Solihull Council were very keen to have the stiles replaced and we were happy to oblige.

The two sites were about 400mtrs apart and so needed two distinct teams of four. The gate at site 1 proved a very easy task and was installed in not much more than an hour.

Site 2 however was more difficult with the team having to dig through a great deal of rubble to set the gate in. But despite this, all work was finished by 12.30 when most of us went for lunch at the “Tipperary Inn” which, despite what we are constantly told in the old song was NOT “a long way”.