We cleared a stretch of blocked path on CW03 leaving Cromwell Lane. 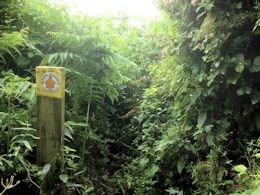 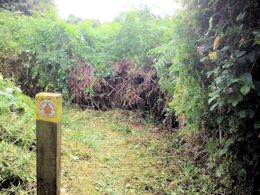 The big blockage before and after clearance. 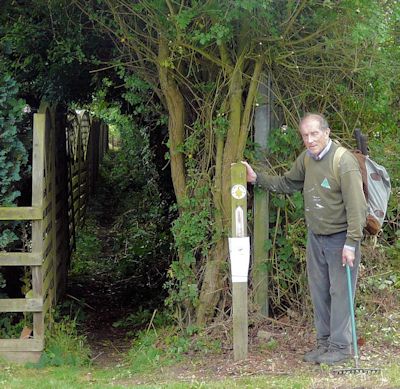 Final photo of path from the road and re-erected WMP

This path was reported as being badly blocked. The worst points were the bracken just beyond the end of the initial path and one of the overgrown areas of shrubs where the path was completely blocked (users had created a bypass by going through the fence on to the old football pitch area and then back again).

Heavy clearing was needed on many other parts, including the path immediately leaving the road, and the WMP was leaning due to rotting under the ground.

Using a similar strategy to that of the June work party, progress was good, but some parts of the path were simply cleared to about a 1 metre wide to allow immediate use. When we have time we will return to create a 2 metre path which should still be usable for a year or so, and will only need a small team with two battery hedge trimmers and a small amount of use of loppers & saws .

A small team did a recce forward all the way to the edge of Black Waste Wood to see & photo a few key jobs needing planning.

All tasks were completed by by about 13:35. Some of us went back to the Peeping Tom and enjoyed a good lunch.