We cleared a range of blocked paths on CW07 & CW08 near to Stoneleigh, Cubbington and Bubbenhall areas. 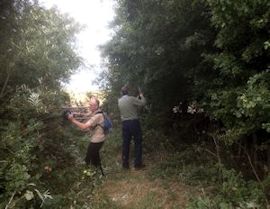 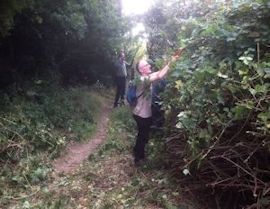 Starting on the closed path near Furzenhill Farm, then at the pinch point near N. Cubbington Wood

We formed two separate teams, each with battery hedge trimmers and loppers, slashers, saws & a rake. Each team operated on a number of sites.

Team A started between Leamington Road, Stoneleigh & Stareton, then moved to Coventry Road near Furzenhill Farm and progressed towards Cubbington, then finally doing a small task in Bubbenhall before getting to the Malt Shovel Bubbenhall for lunch.

The main clearance sites were to widen the uphill stretch of FP towards Stareton (ACW), then on the closed path near Furzenhill Farm, followed by the pinch point near N. Cubbington Wood (as in above pictures). 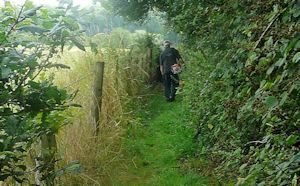 Team B reached all their sites from the the lay-by with the Nursery School at Bubbenhall.
The first hours “plan” was to visit a number of sites on the start of Walk 8 through Bubbenhall Wood then round the “gas field” end of the Quarry site.

The bigger expected tasks in fact needed less attention than expected. Bob R used one of the ACWA strimmers and then Bill used the battery hedge trimmer on the hedge on the right to make it stay clear a bit longer. Lots more little jobs (and a long walk) meant it took 2 hours.

The next key area visited by a short drive to Shrubs Lodge at the end of Pagets Lane, then a walk to Wappenbury Wood. Reaching the wood we were surprised to find all the path through the wood very well cleared. So instead we concentrated on the 150 metre stretch just before the wood – this path is now almost as good as the 600 metre stretch through the wood. The only problem was that to do that took us until ca.2:30pm, so when we reached the Malt Shovel all they had to eat were packets of crisps – but an excellent pint of beer was very welcome. 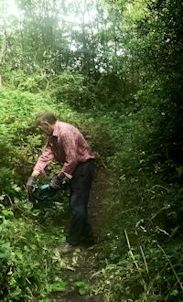 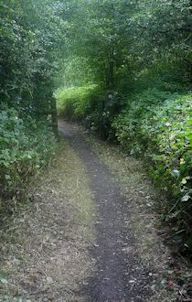 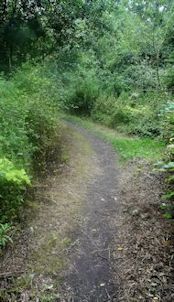 A successful day – even if a bit complicated. It even stayed dry until Team 2 had reached the pub.