15 February 2017
On 8 February and 15 February 2017, two work parties built a new flight of steps and partly cleared the muddy path from Hodgett’s Lane to near the bridge over Greenway – part of ACW & Walk 3/3A.

The first task was to build the new flight of steps. 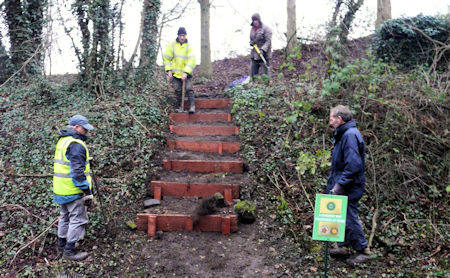 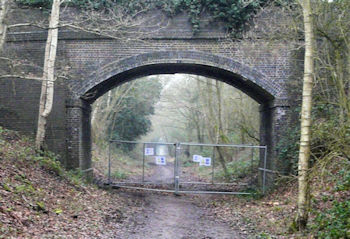 These were built so that the ACW 40-mile route can by-pass the “closed” bridge.

The diverted ACW route uses the “permissive” short cut joining the footpath just before going over the bridge to join the Greenway. The lower end of that path involved a dodgy slippery steep slope which is now replaced by the 7 steps on the photo above. A very significant improvement.

The second task was to clear the very muddy path from Hodgett’s Lane. This involved:
Digging the ditch to improve drainage when the culvert gets blocked
Putting the earth from the ditch onto the 1st muddy path area
Diverting the path via the top of the bank to the SE side of 2nd muddy path area.

The path itself and the drainage reliability could be improved still more. A later work party on Wednesday 15 Feb made more progress on this task.

We had about 10 volunteers and finished just before 1:00pm. About five of us went for lunch at the “Bear at Berkswell” again.