11 December 2019
The three ACWA volunteers who set out today for what they thought would be a fairly straightforward bridge repair found rather more than they had bargained for. 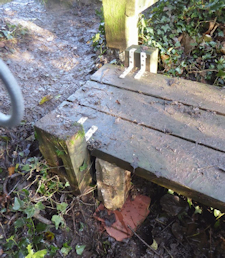 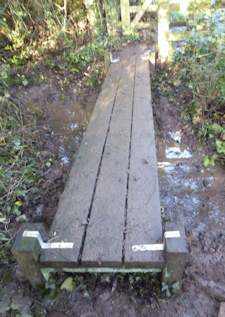 The plan was to repair the little plank bridge near the top of Harvest Hill Lane on the west side of Coventry about 38 miles into A.C.W. It had been reported that the bridge gave a sort of twang when you walked on it, a bit unnerving.
It was easily repaired by placing bricks under the offending corner, and then tightening everything up with brackets. But then came the fun. 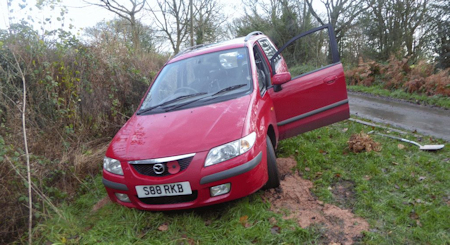 One of our cars refused to move off the verge. Worse, it moved slightly sideways towards the stream, wheels spinning, and one going down in the mud. No way to get out! What to do?

One of us drove along the the road a bit and found a friendly local with just the vehicle to solve the problem. 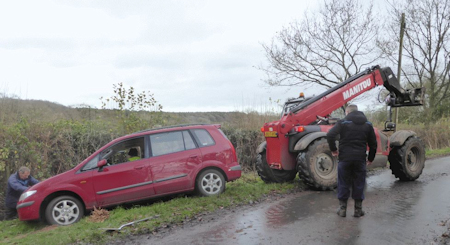 The cavalry comes to the rescue

Which all goes to show you’re never quite sure what can happen on a work party.